The fourth meeting of the National Working Group on Coordination and Pursuit of International Scientific Cooperation with Russia, hosted by Shahid Beheshti University on Saturday, February 26, 2016, was attended by President and Director of International Scientific Cooperation of Shahid Beheshti University, and Scientific and Technology Associate of the Embassy of the Russian Federation, Scientific Advisor of the Islamic Republic of Iran in Russia and Ukraine, as well as with the presence of deputies, managers and international representatives of universities, research institutes and research centers. International university events were held. 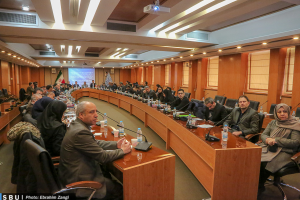